Our goal is to provide you with easy convenient access to information regarding the process of your local government and usage of its services. Furthermore we are committed to treating everyone with dignity and respect. Be sure to check back here often for important information regarding your community.

Who was Stacy B. Yawger?

A glimpse into the past 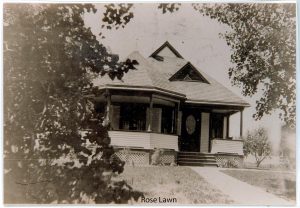 Who was Stacy B. Yawger? He did not hold any public offices, so why was his name scattered throughout articles from the Centennial book published in 1968? 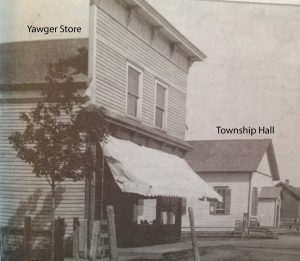 His impact on the community came in various ways.  He was described as a banker and as a postmaster, but Stacy was also a carpenter.  He learned his carpentry skills from his uncle George Yawger while still living in Battle Creek.  The house he built and named Rose Lawn was still standing in 2007 when it was moved south of Hale.  In later years the house was a real estate office.  If you look closely, you will notice Rose Lawn was the inspiration for the design of the Victorian Café in Hale.

The first record of Stacy’s building career was in 1890, when the township board voted to build a township hall.  A site had been purchased in 1889 from Eli Graves for $25. At this time, the township meetings were held at Dean’s store.  S.B. Yawger was contracted to build the new hall.  It was to be a one-story building, 14 feet high, 26 feet wide and 50 feet long.  The first election was held on 4 April 1892 in the new township hall that Stacy Yawger had built.

Stacy Yawger was appointed postmaster 7 November 1893 for Hale, Iosco County, Michigan. Sometime in 1893 he bought the store and post office from Louis Lobdell. This building was later moved to the four corners by H. E. Nunn.  Stacy spent eleven years in the mercantile business.  It was during this time, he also operated the post office.  Stacy was still the postmaster on 1 July 1897, the year he was paid $98.56.

On 31 May 1894, Stacy married Jessie Esmond in her home at Hale Lake.  Jessie Esmond was the first white child born in Plainfield Township.  Jessie’s father, E.V. Esmond had the first post office located in his home in the Hale area.

In the winter of 1889, the people of the Plainfield Baptist Church hired S. 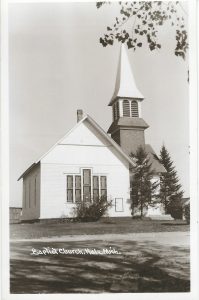 B. Yawger to build their new church.  The lot was purchased from Thomas Adams.  E.V. Esmond’s mill sawed the logs.  The rough work was done by the men of the church.  The property was valued at $600.  The windows were cathedral glass of “fine quality.”  Opening services were held on 1 October 1893.  At that point, the church debt was $150.

An article written in 1968, describes the first sawmill as being owned by Yawger and Phelps on the north side of Hale Lake.  They sawed 20,000 feet per day of which 75% was white pine.  Stacy Yawger worked for his uncle George Yawger at this mill until it burned, just before Stacy was contracted to build the first township hall.  Stacy Yawger’s father-in-law, E.V. Esmond, owned the mill east of town.  The third mill in town was the Esmond and Nunn Mill which later became the Featherstone Mill, located north of town about where Bernard’s Lumber is today. 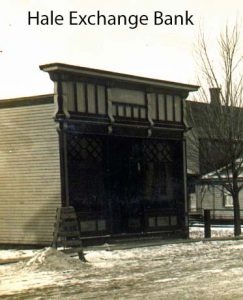 Yawger also operated a store in South Branch.  The last building he built was the Hale garage where the lighting plant was installed.  This plant provided the power for electric lights in Hale.  The Quality Builder’s building was built on the site.  Now the Family Dollar is located close to where the old lighting plant stood. 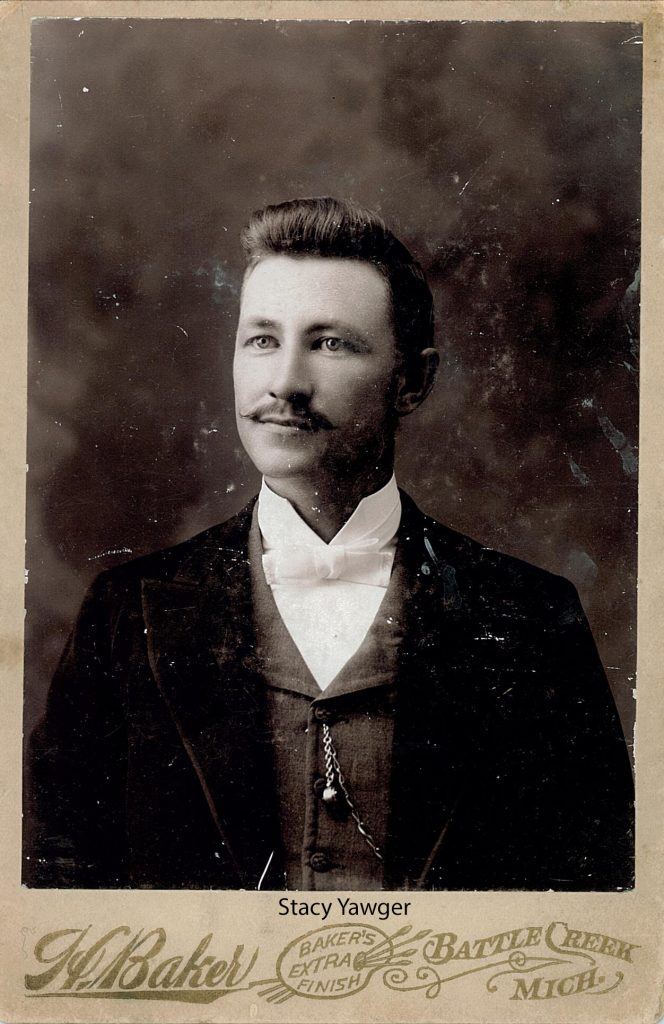 Visit us on Facebook or email us at: historicalcommission@plainfieldtwpmi.com  The PTHC office is located down the hall from the library in Hale.  Office hours are Tuesday from 10:00 a.m. until noon.  You can now reach us at 989-218-3200 on Tuesdays or leave a message.